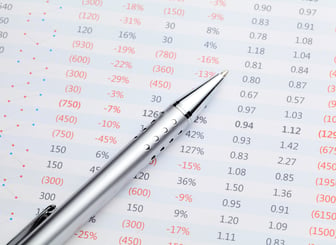 Creating rate cards can be one of the most tedious, time consuming tasks a broadcast sales manager faces. When you’re literally dealing in time, it’s critical to strike a balance between getting fair rates for your advertising and not letting it expire. It can be a significant challenge to set aside the time necessary to really focus and get it right. Unfortunately, few executives in such demanding roles have that kind of time to spare. As a result, rate cards are often not optimized, leaving dollars on the table.

When sales teams simply “wing it” on pricing, they’re taking a huge risk. If inventory is sold too cheaply, you miss out on an opportunity to maximize your revenue potential. If prices are too high, you’ll be left with unsold inventory. In today’s challenging media environment, no sales team can afford to head into negotiations without solid, mathematically backed rate calculations.

At ShareBuilders, we believe that a Sales Manager’s time is better spent mentoring their team and managing inventory than toiling endlessly with rate cards. Rate cards are a tool for the sales team to use to maximize the value of every available spot so negotiations are more efficient. When you truly KNOW the value of your inventory, you’re less likely to approve lackluster deals. The less time that is spent haggling over price (both internally and externally), the more time your sales team has to maintain relationships and court new business.

Mathematically backed rate calculations will help guide your decisions in what deals to accept. But coming up with mathematically backed rate calculations? THAT is a challenge. While many sales executives are certainly capable of running any number of complicated computations, they most likely don’t have the luxury of time to work through those numbers with much finesse. Not up to the task of creating advanced mathematical formulas that account for forecasts, sellout percentages, ratings fluctuations, political crowd out, and special event planning while still managing all the other aspects of your sales team? We don’t blame you! ShareBuilders has dedicated experts working to give you the best possible calculations, while still welcoming your input and recommendations. We are “numbers people”- let us take care of it for you!

Using the ShareBuilders platform, sales leadership gets an enormous head start on building and optimizing their rate cards. ShareBuilders and their team of dedicated consultants and analysts pull together data to dynamically build and deliver accurate rate cards to sales executives. Instead of pouring over spreadsheets for days, your management team will receive meticulously calculated rates in a matter of hours. Management can then refine the rates much more quickly than if they were building from scratch. Take an arduous process and simplify it; a significant burden will be lifted for all levels of sales personnel.

ShareBuilders has been a trusted partner of broadcast media companies for over 20 years, and has helped clients drastically cut down their rate card creation time. With those time savings realized, sales leadership and their teams have been able to focus more effectively on generating new business. Pricing is a critical part of the process, but that doesn’t mean it can’t be expedited. Having a quick turnaround on your rates will enable your team to hit the ground running.

Broadcast Media has always been a fast-paced business, and companies are not afraid to make changes when things aren’t working. Unfortunately, if a sales manager has been producing rate cards “all in their head” so to speak, there may not be any documentation in place for their successors. When left to their own devices, teams often devolve into creating their own processes with little basis in data and a lot of emphasis on gut feelings. ShareBuilders brings consistency of process to your group’s pricing and rate cards. Nobody will be left scrambling in the face of staff turnover- ShareBuilders will be there to help guide the transition. We believe that institutional knowledge should be documented and shared by the entire organization in the event of turnover or organizational shifts.  Your sales team is facing enough challenges- let us handle the rate cards.